Skip to main content
SIGN ME UP FOR MY MINDSET DETOX!
Let's Bootcamp Your Mind on Manifesting so you Can Detox What is no longer working and Align with your Desires. 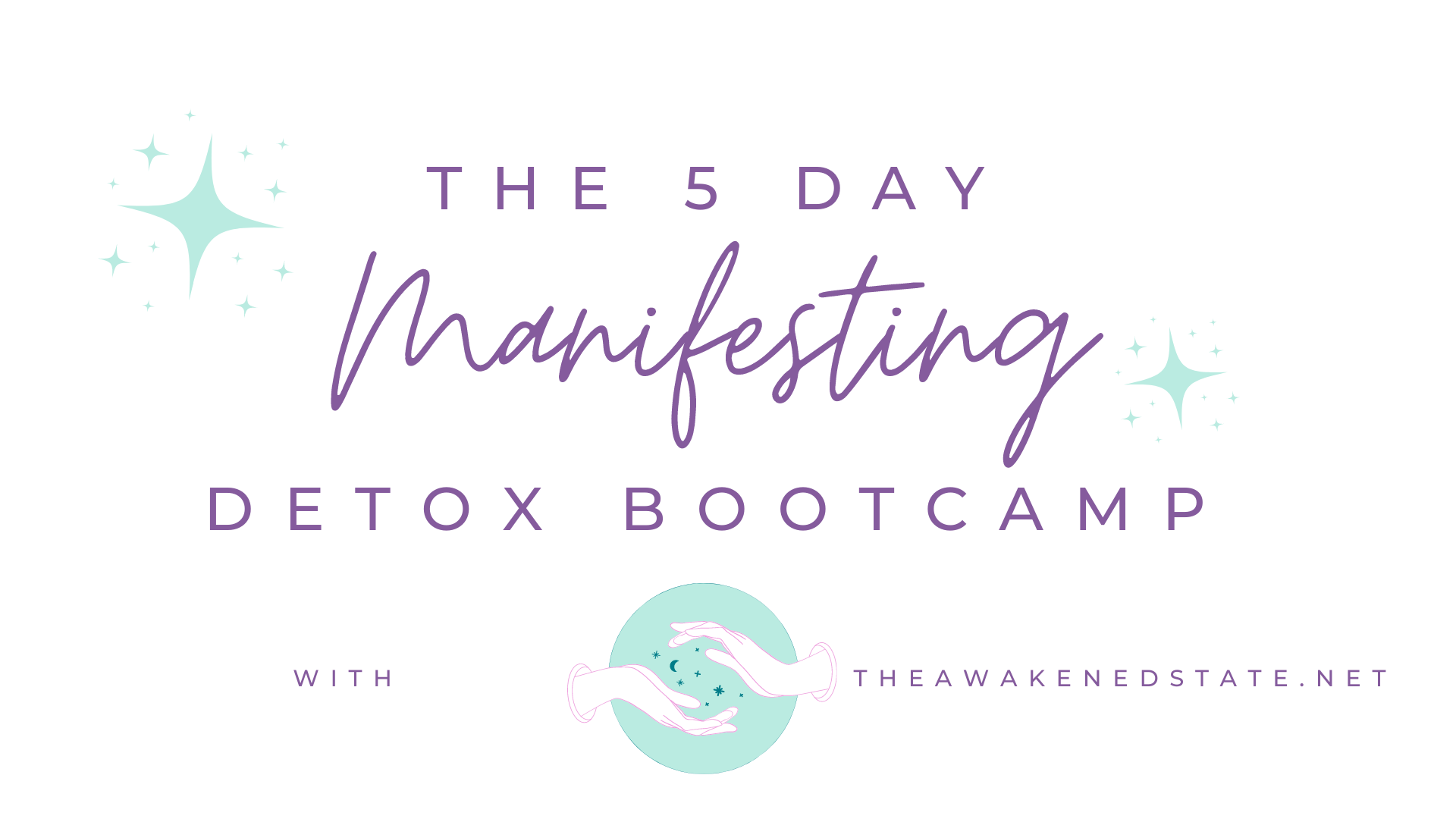 I'll be honest with you, I frequently would get annoyed about a lot of manifesting methods out there.

I remember once I joined a witchy course and she basically just had us light a candle, set an intention, have an orgasm and create a goals to-do list - I was like whaaaaaa "people pay hundreds for this??" lol

Then there was that time long before that, that I ripped my vision board in half i was so frustrated with 'visualizing' and nothing ever changing. But i'm doing all the things right? right?


This used to make me feel like i was doing something wrong because i frequently was doing all the things they tell you to do yet nothing was budging…. Maybe you can relate?

Heres the thing, it's not that manifesting isn't working for you.


That’s when I began to question my actual habits, methods and beliefs around Manifesting.

Then I began to look at the actual science and how energy works through subconscious reprogramming. I got my head out of new age books and law of attraction quick fixes into:

understanding how Quantum reality works and how subconscious reprogramming helps us manifest faster.

To say I was obsessed is probably an understatement, but I learned how Manifesting is much easier to understand when we take away all the fluffy b.s. and learn how to work with the mind-body connection to become an energetic match.

I began to learn a lot of people teach Manifesting backwards and often don’t even teach you how to create REAL MAGNETISM with your energy. It's ironic really.

A part of what has BLOWN MY MIND - is how often we are told to manifest by using things outside of you and often hustling your brains off.

What if I told you, you can manifest without using fancy rituals, crystals, 100X affirmations, visualization or staying ‘high vibe only’

What if I told you, this is actually pretty much the slow path to manifesting that relies on external influence NOT your Mind, Energetics and PURE MAGNETISM.

Also Side note: Isn’t that what law of attraction really is, pure Magnetism?

So WHY are we obsessed with the DOING paradigm and using tools outside of you?

when actually it’s about unlocking whats WITHIN you

What if you began to see that Raising your Vibe is actually one tiny piece to the manifesting puzzle and it’s actually about getting intimate with your Internal State instead?

What if you took a minute and threw everything you once knew about manifesting, out the damn window and began to Start Working on Manifesting from the Inside out not the outside in.

Using your Magnetism, Understanding the Mind-body Connection and learning how to begin cleansing your Mindset. So the Actions start to become easier, more magnetic, more natural and allow you to jumpstart your alignment.

Let's spring clean your mindset, energetics and habits around Manifesting.

Hi! My name is Ashley Aliff, I’m the creator behind Theawakenedstate.net. I am an Empowerment Coach & Manifestation Teacher specializing in  Mindset work, Emotional empowerment, subconscious reprogramming, manifestation and naturally kundalini awakening. I am also known as the Chakra Queen as the psychological roots of the chakras are part of my original foundation for Mind-body healing work.

After mentoring & studying on these topics for over 11 years, I understand the practical & energetic side of the Spiritual World. I have Healed & manifested incredible things through understanding Manifestation & Mind-body Emotional Healing. I know that when you begin to change your Internal State Amazing things can begin to happen in your reality.

I can teach you to shift energy, step into emotional empowerment, unlock your desires, nourish soul, activate your gifts and learn to heal your wounding thatis keeping you stuck in negative inducing stories that are out of alignment with who you truly are.

In my experience, once we begin to Shift the internal Energetics, we naturally expand our capacity to receive in life,raising our standards and boundaries across all areas. This is what it means to begin living a Soul-aligned Life.

If you’ve ever been someone who feels powerless over your energy, you feel overwhelmed due to your hypersensitivity, I completely understand! I was there too, but I also know we carry immense power to transform our lives from the inside out. It starts with you and your energy.

I am here to show you what is possible.